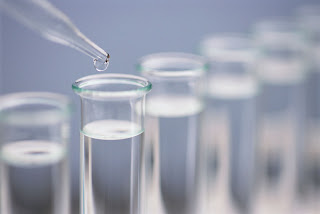 It's been two months since Demon Vampire: Special Science Report 1192 was announced and work began on the project. The novella side story is set to be released on the same day as Demon Vampire. It is the second book in The Redgold Series. SSR 1192 takes place directly after the end of the main novel Demon Vampire.
In the novella, the main character Herald is tasked with proving vampires don't exist. After a land-holding vampire in Europe awakens to his holdings being seized, several vampires decide to come forward with their presence. It is concluded that losing the collective land would be too much of a nuisance to their continued financial plans. Coming out is the only way to protect their investments as a whole. On the other side of this is Herald Thompson, a laboratory researcher for ten years. He is offered the lead position and the direct goal of disproving that vampires exist. A man of science, Herald finds the mere idea of the subject obtuse. He wants to get the job done and move on. That is until the initial results come back. The hard science begins to challenge everything he knows about human life. The next year of his life alters his views of morality and what it means to be human.
SSR 1192 will be a companion novella to the Demon Vampire storyline of The Redgold Series. It will be a free download offered to everyone regardless of buying the main novel.

brinkka2011 says: I enjoy you because of all of your effort on this site. Its been an motivation for me. I've passed this onto a friend of mine.