Okay, if you're still reading this, thank you. You are the reason why I still write. 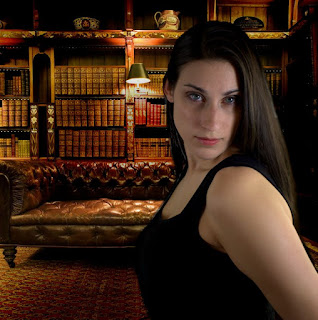 I have had a long history of trying to edit the Redgold Series over the years and that's effectively stopped me from releasing anything further than what would be considered book three or four in the timeline. I've come a long way in my writing, but my typos and misspelled words have always embarrassed me as a writer and held me back from letting anything else out so far.

That's going to change this week.

There are about 14 books that I have planned in The Redgold Series. I've actually written seven of them to date. For years several of my die-hard fans have wanted to know what happens to Zack and Kyli and this week they will know.

Last week I was invited to enter a writing contest in which the readers vote on and review the stories they like. I smiled and felt very flattered when asked. Then I immediately wanted to know if I could enter several books instead of the usual one. As of this writing, I'm still not sure. But I've at least found a way around that.

All Free. All I ask is that you vote and that you give suggestions for what you want to change in the book. That's right. I'm actually asking my readers to tell me what they liked, what they didn't like and what they want to read to make it a little better. That means that you will shape this book.

I've always taken into account the reviews I've had of the book in the past. With each new version of the book that I've released, I've updated things, changed things, and cut things that readers have suggested over the years. I want this to be a truly great vampire novel that was shaped by everyone that wanted to enjoy it.

As I mentioned, I'll be posting all seven books this week. So keep an eye open for the link. When it drops, I'll be expecting a large response of votes and reviews in the form of suggestions for the books.