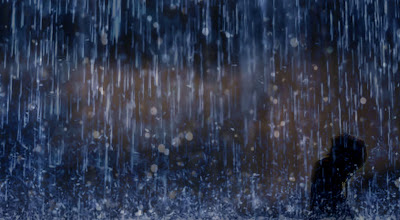 As the clouds above him streak with flashes in the wet night. Rain cascades down, letting his skin feel the pressure of the weather upon the air in his lungs. The water reminds him of a time in which such concepts as breathing mattered. As he is now, nothing in existence can truly end his consciousness. Starvation, injury, sunlight, he is immune to all the forms that would otherwise end normal vampires. Despite his invulnerability, there will always be a thirst for blood. A knowledge that he needs it more than craves it. With it, he can end his torment. The thousands of years leaping from body to another, one age to another will end in satisfaction. Unlike the others, which have used their time to hone their abilities, to live out of sight, and to hide from the elders that once made them eight thousand years ago - He has gained the knowledge of death. A cruel teacher has allowed him to develop in a way that no other has before him. Through countless reincarnations, through grueling trial and numerous errors, he has accessed that which no other has. A secret in the gift he once had. The original talent that has become stronger than it once was, that has evolved into what it is.
The rain reminds him, plays with his senses, recalling a day he was with his brothers so many lifetimes ago. The thoughts that flowed, the happy smiles that made their constant routine. If he had known, if he could have foreseen what the elders would do to him, to his brothers. The silence would have not been so loud as the blood filled his eyes, obscuring his last sight of their cold, dead bodies. That night he lost his family, his purpose for continuing. That night he gained a new path. A soul of vengeance welled up inside him. Telling him that with the time he has been given, there will be a way to make right the pain inflicted. To settle, to bleed the sky.
Eight thousand years after that night. The rain still play with his mind. It tells his host of the sin, conveying the feelings of loneliness and lost purpose. Telling the new body he is in to join him, to rally with against the very elders that imprisoned him in a cycle of rebirth for all time.
Tonight he will cry, the memory of the past pulling his emotions to the surface so that they may be washed away once again.