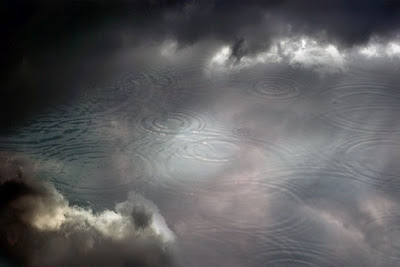 This is a previous version of Demon Vampire, Chapter One. Click Here for the updated version of chapter one. Make sure you click on the link above. This post is old and it reflects an earlier version of the story. However, it is helpful any writer that might want to learn more about the editing process and how to polish a chapter. Either way, read the updated version through the click above first.

That was really nice very discriptive though which I love discriptive books, you should write the next chapter. Please!!!!!!

Thank you for the complement. Actually the book has been written. I completed it roughly three months ago. I am in the process of editing currently. The book itself is quite large. 230,000+ words as of this post. Once I am done with the edit, I plan on querying an agent, and obtaining a publisher from there.
In the mean time, if you enjoyed the chapter that much, please share it with your friends. The faster I gain support, the quicker I can get the whole book published and you can have an advanced signed copy for free. The best of all perspectives.

You write compelling romance and it's rather poetic in its feel. Much support to you as you look for an agent and go through the tranformative editing process!

Thank you. I would like to wonder what you might think of the rest of the novel when it is released. As the First Chapter hints, there is pain, love, emotional torture, and plenty of blood. I will of course try to share as much about the characters themselves as possible in other posts, leaving the actual book a high treat for those that await it's publication.

230,000 + words, you're lucky to even get ANYONE to look at it. If this is your first work, it needs some work. And you need to break it down into at LEAST two books. Publishers and agents for a first time novelist won't look at a book more than 100,000 words. It's just not possible. And you need to edit down your descriptions. They're terribly too much.

Do you enjoy vampire novels? Are between the ages of 16-35? Are you Goth? Do you enjoy sensuality, blood, and humor? Do you have a soul? If you answered "no" to any of those questions, then you are not my demographic.
I write for an eccentric audience. If you are not part of that audience, then feel free to debase my writing. Tell your friends about how much you hate it. Make sure you give them the website, this way they can read it for themselves. Ask them to comment on it and tell their friends as well. This of course is the only true way for you to force your opinions on others. After word has spread about Demon Vampire, we will see if your opinion matters. That is if you have transformed yourself into all the qualifiers of my demographic.
However, I am not without fault. If you can point out the specific errors either in plot, syntax, grammar, or spelling, please do so. I welcome your critique. ;)
Though if you offer no real reasoning for your words, please remove yourself from paying any attention to my storyline.

As to word count. I know the difficulties of publishing any manuscript over 130,000+ words. The average novel is between 85,000 - 100,000 Words as you said. Any manuscript over 130,000 words is considered an Epic Novel by the industry and is by default a niche product that is harder to sell than the average story.
Demon Vampire is constructed in a way that interweaves fourteen characters through 6,000 years of history, including present day. If there was another way to condense that much information into a mere 85,000 - 100,000 words, I would have three novels out of this one segment of this story. The next book in the storyline will be equally verbose due to the fact that I wish to produce a true Epic Vampire Story.
If it is simply the format of my first chapter that you cannot accept, voice it. Be exacting, tell me your opinions directly and without pomp or flax in your words. Own your message as I do and tell me every word that you think in your slanted view of my work.

I am going to write a critique
This is very nicely written, but you have to be careful with sentences. I noticed certain that weren't fully formed, and there were some places where you seemed to be confused in tenses. "Her dark green eyes added detail to her perfect expression. She is attracted to him." The first sentence is of one tense, and the second of another. One is past, the other is present. And hair "whipped" in the breeze, not "wisped"
"She felt the hard bark push into her behind. Pitting her back with a unique sensation that was oddly pleasurable. " These two sentences must be clubbed together, because otherwise the second is not really a sentence at all. "Sentinel" is not a correct word for what you're trying to convey in that sentence- a sentinel is a person. There are a lot of sentences that need to be clubbed together to make it correct grammar.His "palate" is quenched, not "palette". They are different words altogether.Please be careful of verb confusion. In the Zack part of it, you use the name repetitively.
There are flaws to the verbs you use which can easily be rectified by the use of a good word processor. Good editing and grammar is a foolproof way to get publishers interested. I love the style of your writing and unlike some others who have commented I don't think you need to cut any detail and description off. A high word count is not an issue. Look at all the giant fantasies we have sitting in the bookshelves. If the story is captivating, word count doesnt matter. Good luck!

Thank you very much for the honest review. It has helped greatly. To be truthful, I misspelled the word originally as "pallet." The word processor suggested "palette" and I went with it. From there I didn't think about it until you noticed it. I an actually surprised my other editors haven't caught it on the three passes they have had at it.

As for the mixing of tenses, I have corrected the issue as of the time of this comment and updated them in the post above.

"Sentinel" I used as a sentinel event or moment to describe the singularity of the event in her life. However, with further inspection, I did change it as you suggested.

As to the overuse of the name Zack, I differ to creative license. Every instance I have read a book that refers to the main character in dialogue as "he said"/"she said" has utterly irritated me. Therefore I tend to use the character's name literally every other sentence if I can help it.

As to word count I agree. However, I have decided to release another version of the book for those that expect a book to be under 100,000 words. The book is a alternate to the same novel, toned down for a young adult audience so it can be used in summer reading programs. The title will be "Vampeal" referring to the half vampire main character Zack Giver. That should make Dan Rux very happy;)

Even though I do not know how to review books this first chapter had me encaptured from the very first word.