A few weeks ago I mentioned the band September Mourning. A melodic sound that invoked soothing dreams in a way that I had not known in a while. Now, finally, I have that interview. Ten questions that have not been asked of the band to this day. Enjoy
1. What was the inspiration for your band?
September Mourning is not a band.... it's a story with a musical component... an art project if you will.

2. There's been a surge of gothic bands lately, all with their own styles. How does September Mourning differ?
As i said, since it's an art project built around a storyline it doesnt fall into the same category as a regular band. We are building our own world for you wrapped around the story of a girl named September who is a reaper... she lives in both the world of the living and the world of the dead. Her purpose is to act as the hand of fate and take your soul when your time is up... but she can also replace souls of the dead into souls of the living... so basically she starts trying to "correct" fate... which is a lot harder than it seems. 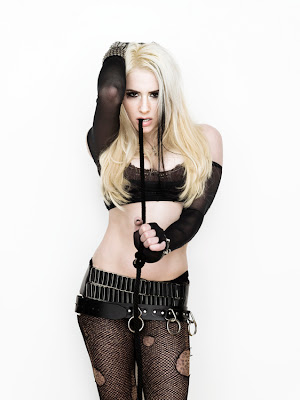 3. What is the craziest thing a fan has ever done to get close to the band?
Our fans are pretty amazing and we are very accessible to them after shows... but some of our fans are younger and can't go to a show if we play at a venue that is 21 and up... I once had a fan, a girl named Stephanie who was 18 wait outside a venue for an hour after we finished to meet me. I thought that was pretty amazing. We appreciate all of our fans so much. They are the only reason we can continue to make this project happen and we love them all.

4. If there were an Apocalypse tour show at the end of 2012, and you were invited to sing two songs, what would they be?
hmm of our songs.... i'd have to say "Children of Fate" and a new song that we are tracking right now for the new album which i can't disclose but it's pretty epic. 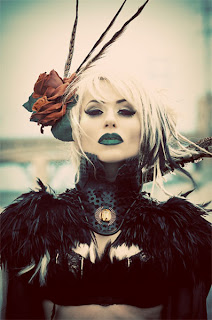 5. After a long day of recording, what do you listen to at night to unwind?
It really varies with the mood i'm in ... recently i've been listening to The Guild of Funeral Violinists at night. It's all violin. Like the strings are just weeping. It's kind of morbid but it's what i've been craving as of late.

6. A lot of musicians are co-oping songs recently. If you were able to do a collaboration with any other band, who would it be?
I would love to work with Skrillex on something, Corey Taylor from Slipknot.... 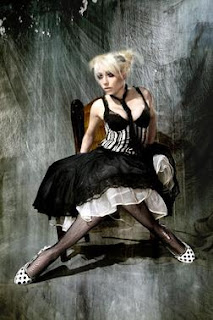 7. What is the story behind your lyrics? What is the mythology of "Children Of Fate" in your song?
All of our songs tie into the storyline of September Mourning which i explained a bit about before. "children of fate" are the reapers... the ones that carry out the orders of fate.

8. How did your band form? Who came up with the band name?
I first conceptualized this project 4 or so years ago. I named it September Mourning shortly after. My partner in the project is Marc Silvestri, the famous comic book artist who has helped me mold the idea and the story and bring all the elements to life.

9. What was is like the first time you ever went on stage? How did it feel?
Ever since I stepped on a stage at age 4, the Stage has always felt like home to me. It is the place that I feel most comfortable. Reality has never given me a sense of comfort... but on stage.... I truly am alive. 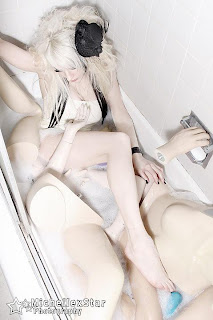 10. Finally, Emily, what was the inspiration for your distinctive makeup? Why the black tear?
Each reaper is branded by a marking... their own scar of sorts. That is mine. 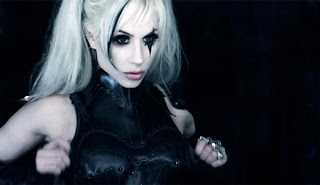 I've never listened to their music, but this was interesting to read all the same. I'll have to check their music out someday, hehehe.

Anyways, great work getting the interview! :)