Story Crafting. A Model To Follow. The Dark Fields. 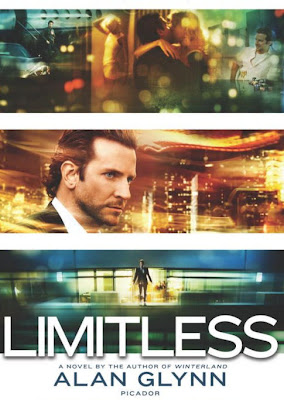 There are few stories out that can keep someone that is trained in writing fiction guessing that are out today. The novel "The Dark Fields" by Alan Glynn is one of those that is crafted in a way that is captivating, innovative, and striking. With the monotony of stories written lately, there are few surprises or new ideas to show readers. Alan Glynn has found a way of mixing a large scale story with multiple angles and characters. The seamless interaction of smaller characters constantly coming up out of the works to interfere with the main character is brilliant. I honestly didn't believe anyone else wrote like this other than myself. Introducing almost ignorable characters at the beginning of a story to later have them play a big, out of nowhere part in the main character's life if a welcome nuance to the humdrum of story lines that have been produced in the past years.

Alan Glynn has done what all authors should do at the beginning of their story, establish normalcy. A state of being for the entire novel that is never striped away or changed in a way that would otherwise alienate the reader. Instead, he comes up with a literary device that adds to the normalcy of the story without changing its properties. Glynn adds the effects of a chemical pill to augment the main character. Rather than taking a sci-fi approach, or paranormal set up which assumes many people have access to the chemical augmentation, Alan Glynn writes a convincing drama of the life and changes in the life of one person among others.

In the same way I build transitions between the events of my novel, Demon Vampire, Glynn creates a narrative that is encompassing to the reader in that the main character could be anyone, even the reader if the situation was right. We all long for the escape of temporarily placing ourselves in someone else's life, both Alan Glynn and I accomplish this in the same way, albeit with different story parameters.

Below you can buy the book, now titled "Limitless". The original novel, "The Dark Fields" is out of print and had become very expensive, ranging from $60-$100+, at $10.00, Limitless the novel is a bargain.

As for Demon Vampire, as of this post I am still searching for an agent. As a realistic time line, you can expect the book in two to three years. (Halloween 2012 if I'm lucky.)

And don't forget to "Friend Me" on Facebook.com
Or to Tweet About This on Twitter
Find me on Facebook
Find Me on Twitter
Email ThisBlogThis!Share to TwitterShare to FacebookShare to Pinterest
Labels: Alan Glynn, Book Reviews, Limitless, The Dark Fields, Virgil Allen Moore, Writing