You may remember me mentioning Gevolt a few months ago. They're the Yiddish Medal Band that caught my ear on Facebook. 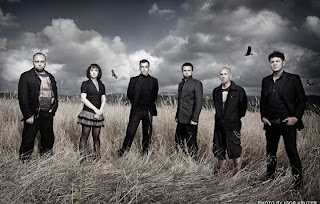 It took a little while, but the interview has finally come to light. But now it's here. 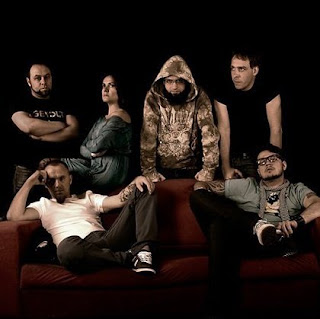 So without further procrastination, Here is the Interview with Gevolt. 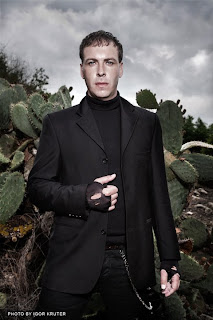 Virgil: Hello as well. I'm Doing well as I can see you are too. Better now that you're here. Let's begin.

1. Virgil: Gevolt is a striking band name. How did you come up with it?

Gevolt: It's an edited version of our guitar player’s family name)))

2. Virgil: Metal with a violin. How did you convince such a skilled practitioner to join you?
Gevolt: We are - fun))  Eva (Violinist) likes to hang out with us.
Our drummer Vadim made ​​her a proposal which she could not refuse.))

3. Virgil: Everything about your band is highly stylistic. How did you come up with such a look?

Gevolt: Most of the time, each of us is deciding how to appear on stage, videos or photos by themselves
Occasionally we bring everything we think could fit and then just advise each other.

4. Virgil: "Tshiribim Tshiribom" is such a damn good song. What the hell does the title mean???

Gevolt: "Tshiribim Tshiribom" are just some funny magic words that are intended to set the mood when you need it.))

Virgil: Somehow, deep down, that makes me feel better. Here I had all these wild ideas of what it meant.
5. Virgil: There are times when I find hints of Ramstein in your sound. Have they been a direct influence?

Gevolt: Some of our members have been more or less influenced by Rammstein, but our line-up has changed a couple of times, so the “Sidur” musicians are different from who’s on “Alefbase”. There are songs on "Alefbase" for which the guitar parts were written by the former guitar player, so the main "Alefbase" concept has some similarity to the "Sidur" album. We believe that our new material will reflect a new approach.
6. Virgil: Besides Yiddish and English, how many languages does your band speak? By the way, you already have most other bands beat at two.

Gevolt: We speak Hebrew and Russian as well.
Virgil: That is amazing.
7. Virgil: You seem to be having a lot of fun in your videos. Are there any funny stories to filming them?

Gevolt: It’s fun as a whole, but I can't pick out something special.

8. Virgil: What drove you to come up with such a powerful stage presence? You come across as larger than life in your videos.

Gevolt: We are focused on giving our listeners all the strength we have, so they can enjoy themselves and the show.)) You know, it's like climbing a mountain all together with the fans - pulling each other higher. 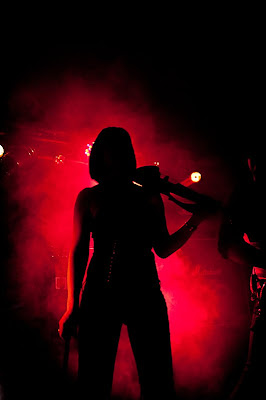 9. Virgil: Has Eva (your violinist), ever composed one of your songs completely?

Gevolt: Not really, the violin in Gevolt is more like a strawberry on top of the cake. But we actually hope that Eva will compose some parts for our new album, so that we'll start creating songs from them and achieve greater diversity.

Virgil: That's great to hear. I'm dying to know what that would sound like. You already have such an amazing feel to your music. Metal with a violin is awesome, but violin with metal is up there with Trans-Siberian Orchestra. I'm love to hear that next album. 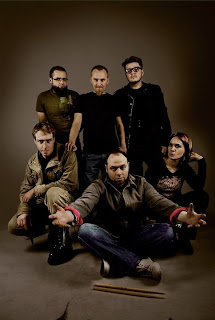 10. Virgil: Your band was formed in 2001. Eleven years is a long time for a band to stay together, have you had any band members quit over the years?

Gevolt: Yep, Gevolt has been through some line-up changes, but not for the last 5 years.

Virgil: That's still very impressive for a band. I'm glad to see you're loyal to your music.

To find more info on Gevolt and their unique music, visit the facebook page.
http://www.facebook.com/Gevolt

This interview was brought to you by Virgil Allen Moore, author of Demon Vampire and the Redgold Series. Follow the blog for monthly giveaways and more info on what you want to hear about. Books, gothic news, and up and coming bands.