You Are All Going To Love This

In the past year, there have been a few comments about the editing of Demon Vampire. 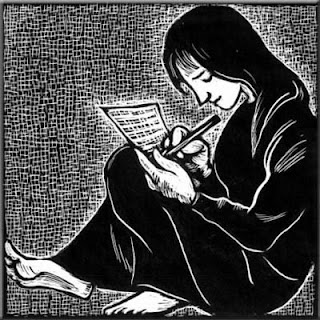 "Don't complain, just throw someone under the bus and make sure no one sees you driving it."

My editor, Alan Taylor, at Erudite Small Press is a good man. He started Erudite with a goal of getting into the Publishing Industry. He saw the potential in my story and did the best he could in editing it's 242,000+ words over the course of four months. He did a pretty good job. Better than I did. I unfortunately have never been know for being perfect in the world of grammar. I learned poetry and old English, and read Gothic works before any real modern writing. It skewed my take on everything to come. That said, Alan did what he could.

On October 30th, 2012, the publishing rights contract for Demon Vampire was lifted. Meaning that they no longer own the print rights to the book. With this in mind, I offered Alan a deal. I bring in a new editor for book two and he lets me publish it under his label. He enjoyed the idea and added a bonus. Demon Vampire will be sent back to editing.


There will also be a few more additions to the already long book. A few plot holes will be discussed. Or at least explained. (I rarely leave anything out due to error. It's more part of a much larger picture.) Also, the book will be split into three. Making each book about 83,000+ words after the rewrite. Around 350 pages or so. Much more manageable than before. No more chapters that leave you looking for a life preserver in the sea of pages. All these issues of this will be addressed.

This means that the current "Book Two" that I just finished, will actually be book four. Don't worry, this one won't be a back breaking edition. It will be about 290 pages in total.

For now, know that I have a lot in store for the series. And to be sure to tell your friends about the book. If this is going to be made into a movie, I'll need all the support I can get.
Email ThisBlogThis!Share to TwitterShare to FacebookShare to Pinterest
Labels: Demon Vampire Update, Updates